The cigarettes were either illicitly imported or illicitly manufactured in the country in contravention of Customs and Excise legislation, said Mr Beyers Theron, Director: Customs Border Operations, Ports of Entry and Customs Compliance.

He added that the seizure and destruction of illicit goods was an achievement based on the “whole of government approach” that is embedded in the Inter-Agency Working Group set up to deal with illicit trade in an integrated and co-ordinated manner.

Other sectors that are severely impacted by illicit trade, and that forms part of the SARS focus, include clothing & textiles, leather and footwear, fuel, poultry, second-hand vehicles, gold and scrap metal. Then there are unregistered medicaments which are supposed to treat various health ailments, but have not been scientifically tested,” Mr Theron added.

This was a more than 100% increase against the previous financial year (2019/20) that yielded 445 seizures with a value of R103,5 million. Seizure trends per port of entry for the 2020/2021 financial year shows that most cigarette seizures occurred at Beit Bridge, Groblers Bridge, Kopfontein, Lebombo and Skilpadshek border posts.

He said SARS Customs had recently established the National Rapid Response Team (NRRT) as an effort to compliment front-line operations and to provide agile and flexible deployment operations to major areas of risk.

The NRRT is also responsible for rapid deployments at checkpoints at identified hotspots in all major provinces and ports of entry. Many of the cigarettes seizures being destroyed can be attributed to the efforts of the Customs front-line supported by the National Rapid Response team.

Earlier this month, Customs officials at Beitbridge, supported by SAPS and the South African National Defence Force, began to destroy illlicit cigarettes from previous seizures valued at over R30-million. 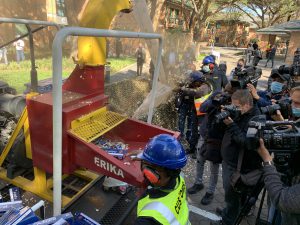 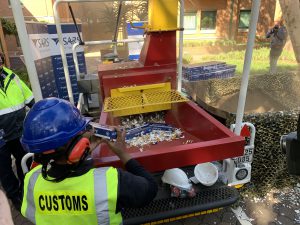