1 July 2016, Pretoria – SARS Commissioner, Tom Moyane, and staff hit the streets of Pretoria to launch Tax Season.
The South African Revenue Service (SARS) opened Tax Season today, with SARS Commissioner, Tom Moyane, leading more than 1200 staff members along the busy streets of the Pretoria central business district (CBD).
Commissioner Moyane and SARS staff set out on a route of 11, 75km symbolising the country’s revenue target of R 1, 175 Trillion, with the aim of demonstrating to the public that SARS is fit and ready to meet the collection target.
Tax Season has grown into an important partnership between government and taxpayers who make a vital contribution to our country’s tax system. It represents the single biggest annual engagement between SARS and taxpayers, when more than 4 million taxpayers submit their income tax returns.
SARS staff and members of the executive committee joined the Commissioner to speak to taxpayers, including individual taxpayers, business owners, vendors and informal traders, about paying tax and who was eligible to pay tax.  This was done to create awareness and get South Africa ready for tax season.
These included taxi drivers, hair salon owners and staff, young people, jewellery and fruit vendors, amongst others.

Tax Season Media Statement: Please read the Tax Season media statement in conjunction with the above statement for all the information you need on tax season 2016. Please go to 27 June 2016 – Get ready, Tax Season 2016 is here.

Below are the photographs from the SARS Walk-for-Tax on 1 July 2016 in PRETORIA: 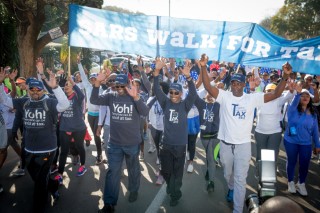 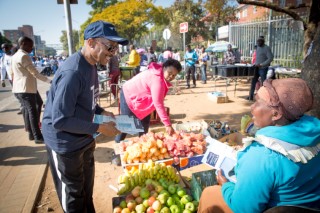 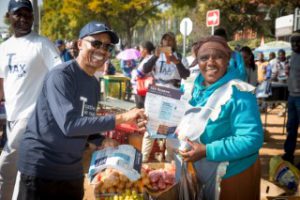 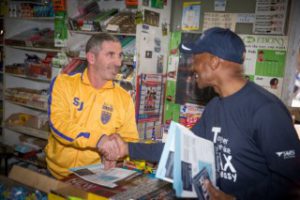 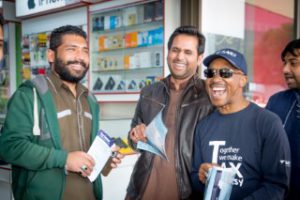 Cellphone shop owners share a joke with SARS Commissioner, Tom Moyane, as he speaks to them about their tax obligations and the services SARS has available to assist them.  The Commissioner was in Pretoria CBD today to open Tax Season and did so by walking a 11,75 km route, taking time to engage with taxpayers on all things tax. 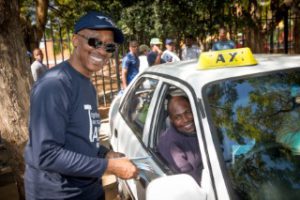 SARS Commissioner, Tom Moyane, made sure members of the public, got to know about tax season, including this taxi driver who was using the same route. 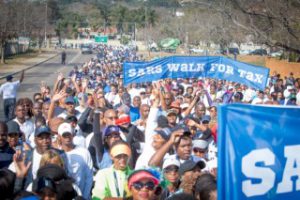