The world zone results for January to February 2013 as given below are unaudited. 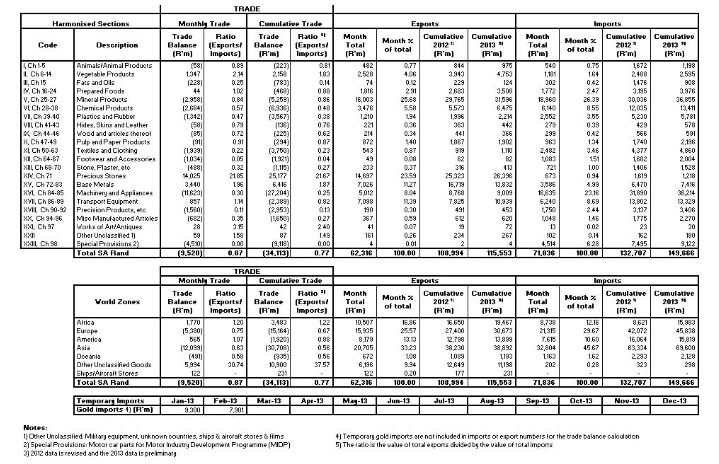