It should be noted that these are preliminary results, which will be subject to detailed financial reconciliation and a final audit.

Gross collections grew by 8.6% whilst refunds recorded strong growth of 22.7% following the announcement by the Minister of Finance during the Medium Term Budget Policy Statement (MTBPS) that the VAT refund envelope would be increased to allow the release of VAT refunds from the fiscus back into the economy.
During the reporting period, global economic growth weakened to 3.7% for 2018 and a projected growth of 3.5% in 2019. Growth has been hamstrung by US-China trade tensions (and tariff increases) in 2018, the introduction of new automobile fuel emission standards in Germany, the contraction in domestic demand in Italy due to concerns over sovereign and financial risks, as well as weak financial market sentiment and growth in Turkey.

As announced at the Medium Term Budget Policy Statement (MTBPS) in October, the requisite fiscal space was created for SARS to reduce the credit book on VAT refunds. SARS reduced the credit book on VAT refunds from R41.8 billion in September 2018 to R25 billion by the end of the financial year, resulting in a 16.4% increase in value and 6.3% in the volume of refunds going back into the economy. Following the announcement, we see gross collections growing at 8.6% while refunds grew by 22.7%.

There was also an increase in diesel refunds of R2.8 billion (93.3%) compared to the previous year, due to the increased reliance on diesel for electricity generation.

Although the higher refund payments lowered the net revenue collection for the year, it also puts money back into the economy.

For more information please refer to the Acting Commissioner’s Speech, the PowerPoint presentation and infographics (scroll down). These will also become available on this website under Media>Media Packs. 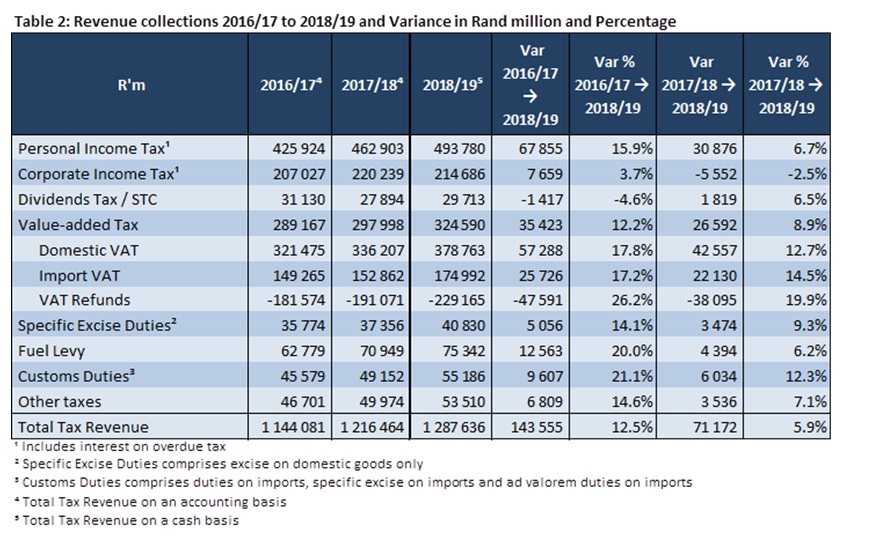 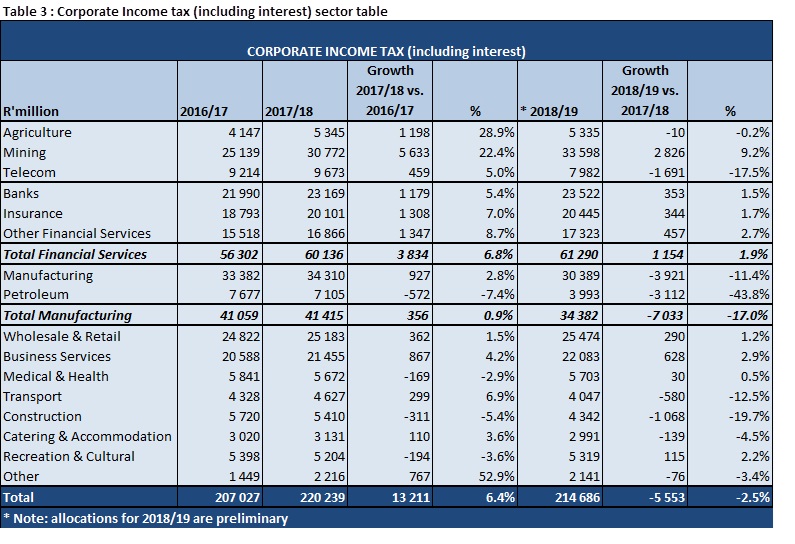 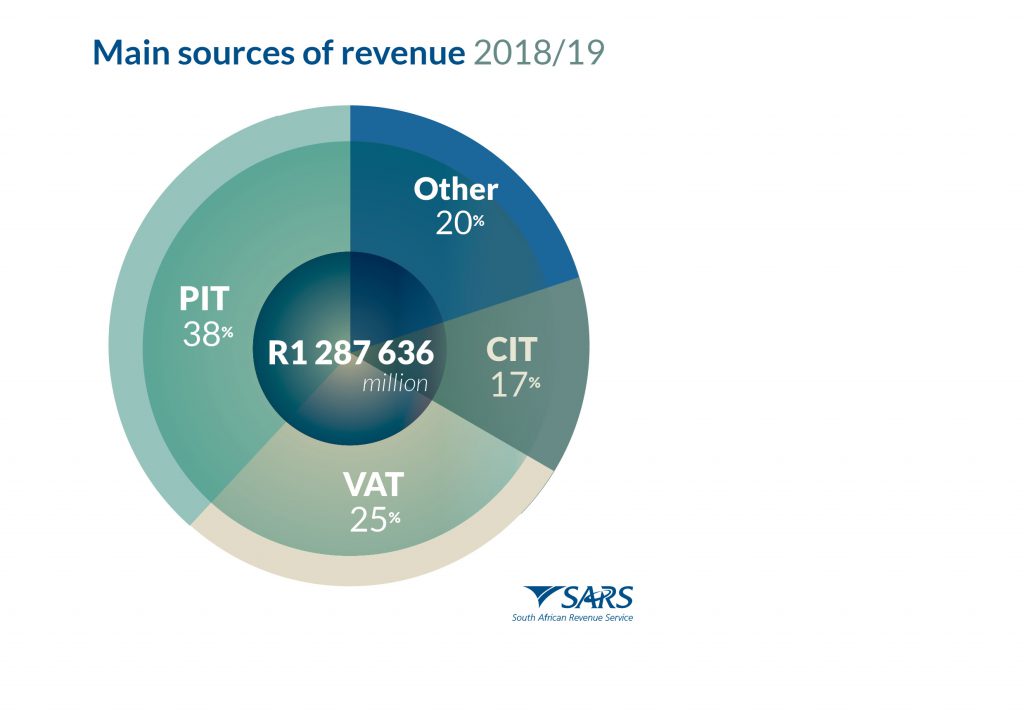 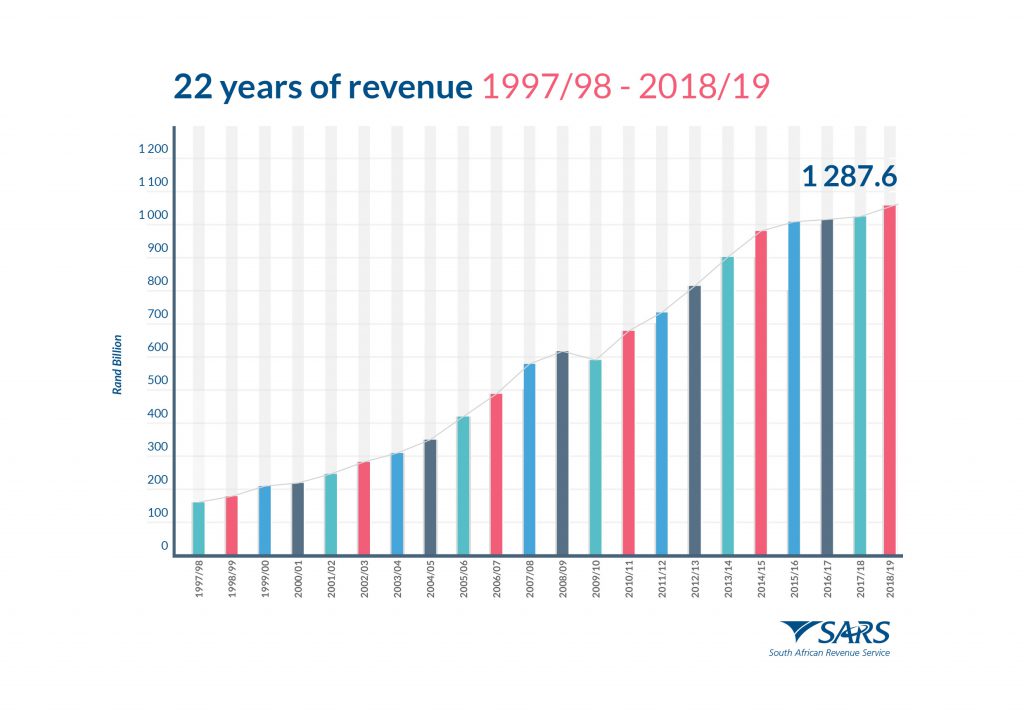 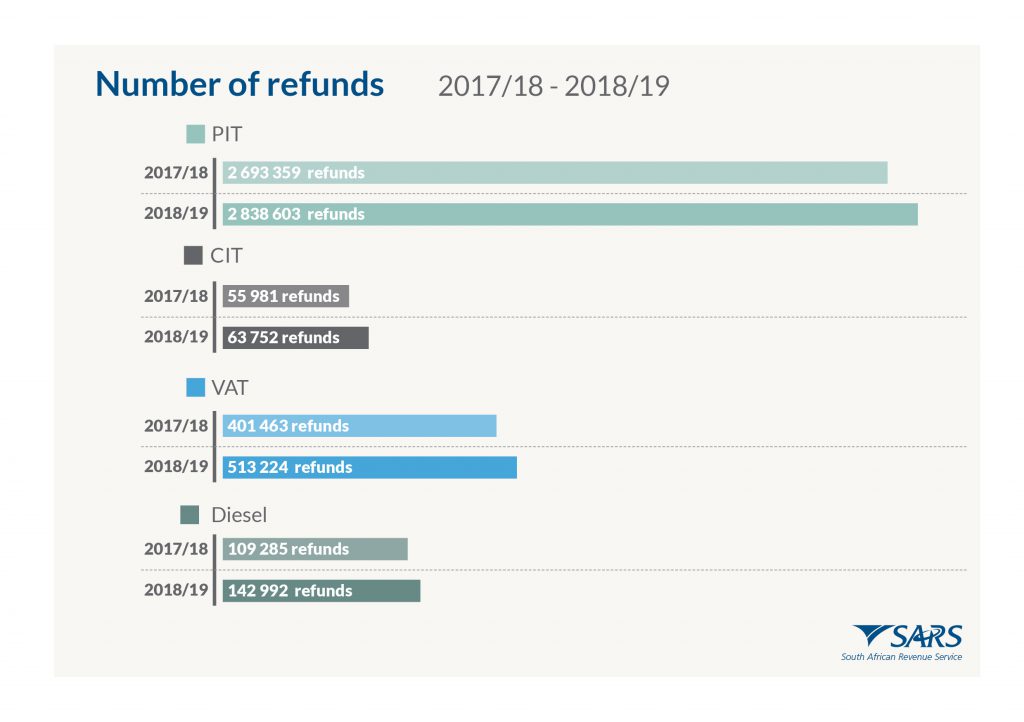 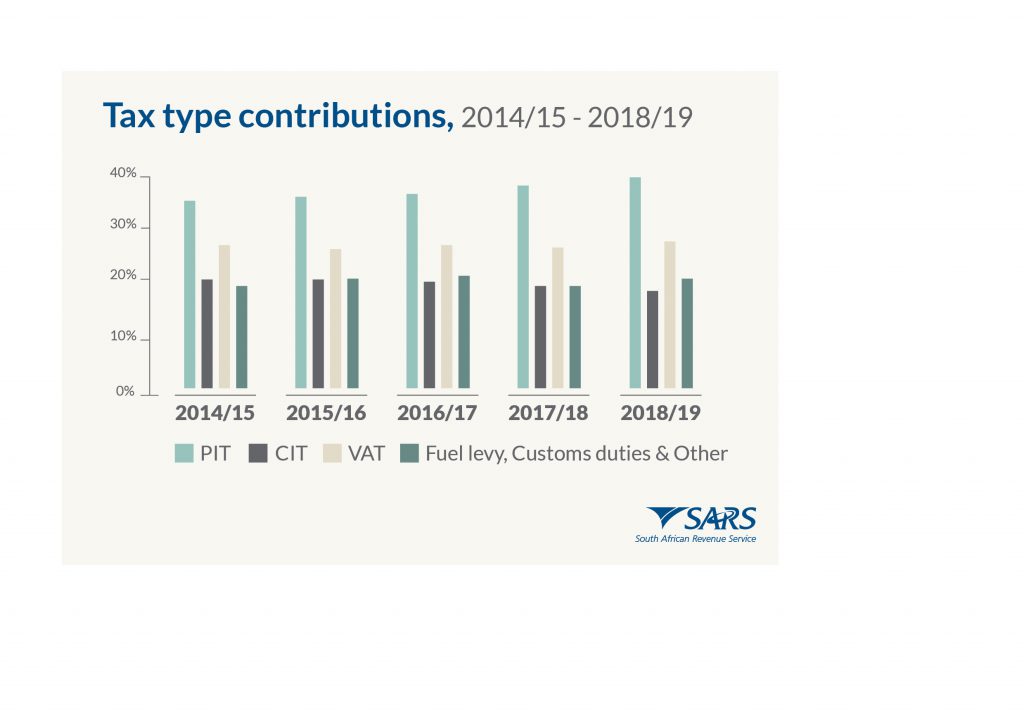