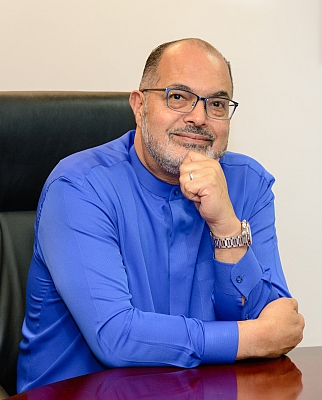 Edward re-joined as SARS Commissioner on 1 May 2019. He had formerly served as the founding Group Executive of the SARS Large Business Centre and High Nett Worth Unit, SARS Chief Operating Officer and Deputy Commissioner during the period 2004 to 2009. From 2010 to 2016, he was the Group Chief Executive for the Alexander Forbes Group Holdings where after a successful turnaround, the company was listed on the JSE. Edward also held senior executive roles at FirstRand Banking Group and Eskom. Most recently he managed his own investments and served on various boards which amongst others included NE: Transnet, Chair: Technology Innovation Agency and Lead Independent: Shoprite Holdings.

He is the recipient of several awards including a Lifetime Achievement Award for Excellence in Management in 2017 from SAPSO, Finalist in the All Africa Business Awards 2016, ACO Dealmaker of the Year, 2015, and SA Boss of the Year, 1999.

He serves as a Visiting Professor at the Da Vinci Institute as well as Free State University, Member of Ahmed Kathrada Foundation and remains involved as a Social Activist.